Skip to content
Protect your applications and APIs across any infrastructure. See the product now →

There are the following classes of brute‑force attacks:

Triggers for the number of requests

Below is the description of the simplified configuration of brute force protection. Trigger condition Number of requests is now replaced with two conditions for different brute‑force attack class detection. Also, setting up the rules Tag requests as a forced browsing / brute‑force attack is no longer required.

If the trigger for Number of requests and the rules for tagging attacks are configured, they still work but rules cannot be updated or re-created. Nevertheless, we recommend you simplify the current configuration as described below and disable old triggers.

The steps to configure the trigger are:

Example of the Brute force trigger to block the regular brute‑force attacks addressed to https://example.com/api/v1/login: 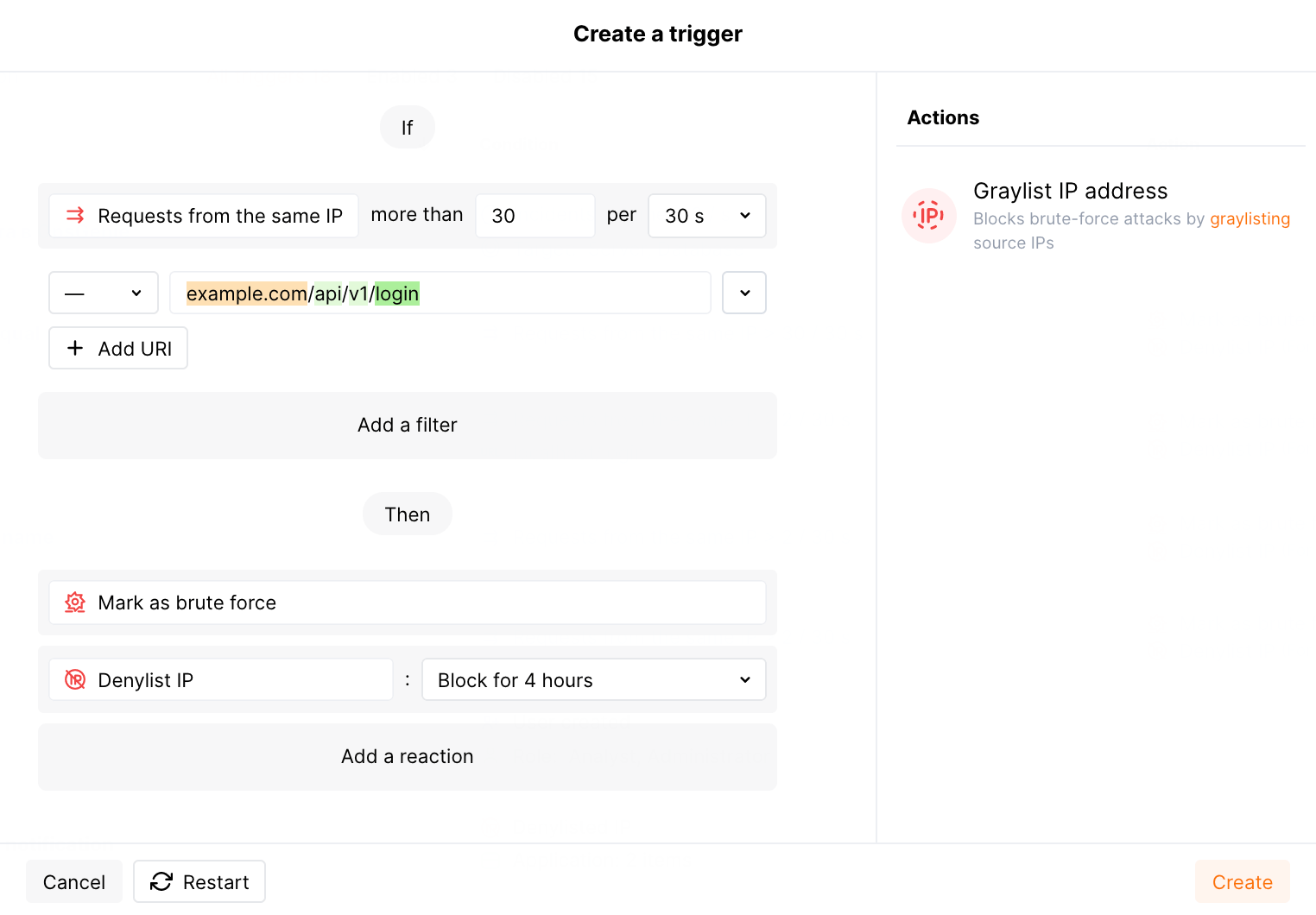 Description of the provided example and other trigger examples used for brute force protection are available within this link.

You can configure several triggers for brute force protection.