Skip to content
Protect your applications and APIs across any infrastructure. See the product now →

API Abuse Prevention uses multiple detectors to identify the malicious bots. The module provides statistics on what detectors were involved in marking the ones.

The following detectors may be involved: 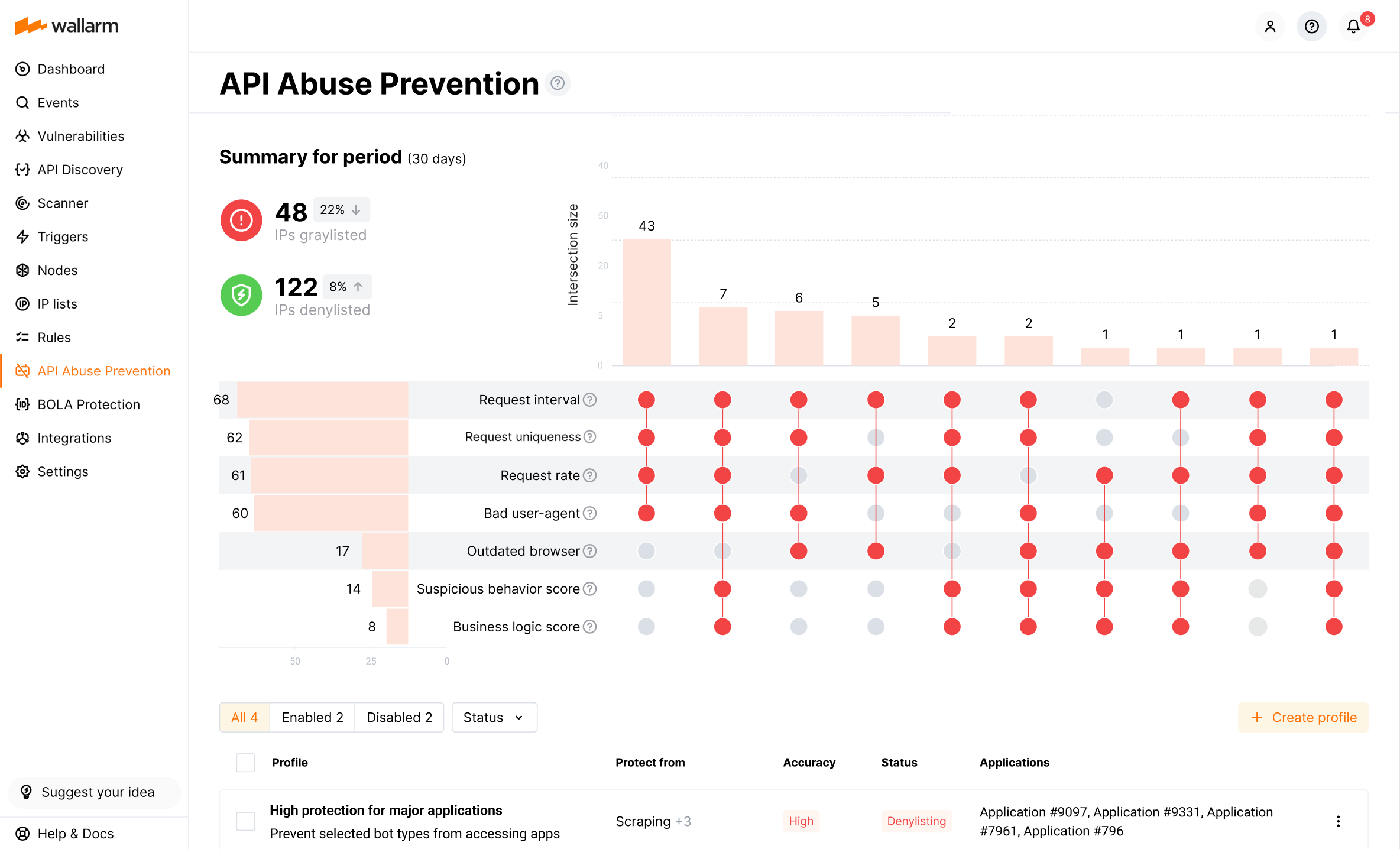 If one or several detectors point to bot attack signs, the module denylists or graylists the source of the anomaly traffic for 1 hour. The metrics value is reflected in the confidence rate of each bot's IP in the Wallarm Console UI.

The solution deeply observes traffic anomalies before attributing them as malicious bot actions and blocking their origins. Since metric collection and analysis take some time, the module does not block malicious bots in real-time once the first malicious request originated but significantly reduces abnormal activity on average.

The API Abuse Prevention module in the disabled state is delivered with all forms of the Wallarm node 4.2 and above including the CDN node.

You can configure how strictly the signs of a malicious bot are monitored and thus control the number of false positive detections. This is set with the Accuracy parameter within API Abuse profiles.

There are three available levels:

You can configure API Abuse Prevention to react to malicious bots in one of the following ways:

Exploring malicious bots and their attacks¶

You can explore the bots' activity in the Wallarm Console UI as follows:

Learn how to explore the bots' activity →